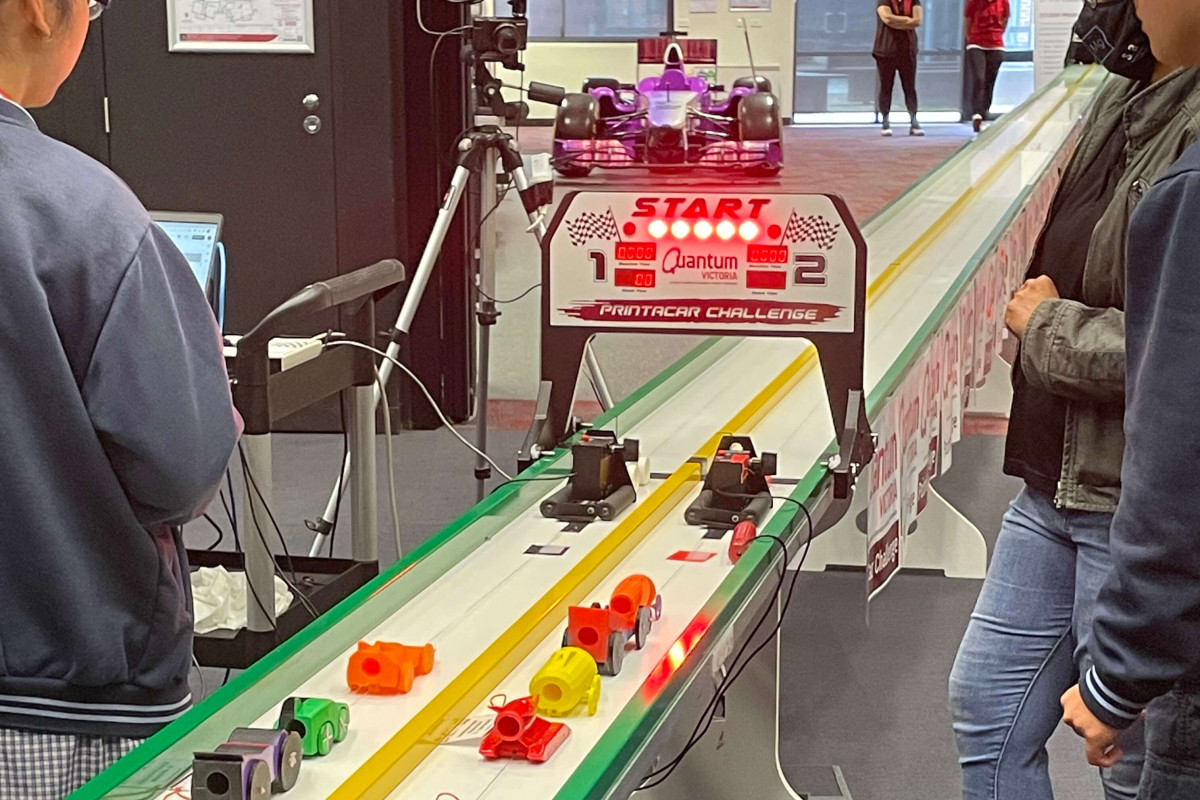 Congratulations to all participating Primary and Secondary students from Victorian schools, who competed in the 2022 PrintACar Qualifying Days on Thursday August 18th and Friday August 19th!

The Quantum Victoria PrintACar Challenge has engaged with over 1700 primary and secondary students from 152 schools throughout Victoria since its establishment in 2014.

2022 competition saw a record number of registrations resulting in the event being live-streamed to schools throughout Victoria. 20 finalists will now vye for the coveted prize of a 3D Printer and an original Quantum Victoria designed and 3D printed Trophy awarded to the Overall Primary and the Overall Secondary winners at the PrintACar Final on Friday November 25th 2022.

The 2022 Primary Finalists are:

The 2022 Secondary Finalists are: